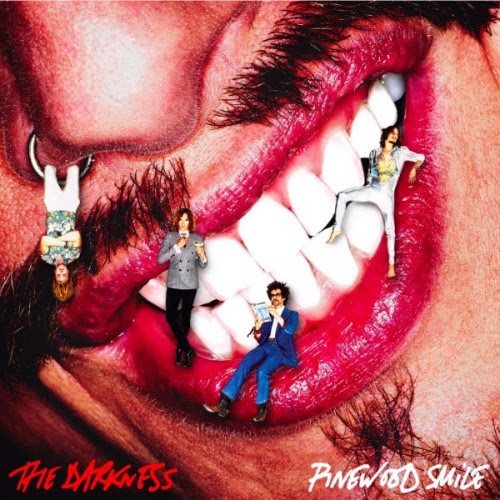 Of course favorite doesn’t mean best. At least one of these picks is utterly personal. But these lists are always subjective anyway, so here goes, no order.

The Priggs – “Mete the Priggs”

I’ll get this out of the way, but this is one of my favorite albums I’ve ever been a part of, and I haven’t really written about it yet. Time spent on an album doesn’t always make an album better (looking at you, “Chinese Democracy”), but I think we Priggs did just enough on our debut. I’d kicked around a couple of these tunes for years, and also got to collaborate with new, sympathetic, creative, and talented bandmates. In the best way possible there was hardly any compromise on this, because there didn’t need to be—no one didn’t like any of the ideas we pursued. Which is to say it felt great to work toward something all five of us wanted. To get it done for August was a serious accomplishment, thanks in no small part to my mate Sam Farrell, and a crucial last-minute assist courtesy of Justin Perkins. I want to release it on vinyl this year while we work on its follow-up. Anyway, like the list says, these are my favorite albums of the year, and although I can’t judge “Mete the Priggs” objectively, it’s one of my favorites for personal reasons.

I wasn’t involved in the making of this one, but I’m still biased—Alex Drossart, Bill Grasley and I got to be part of the “First Listen” concert when Cory and Adriel first debuted the music, and have gotten to play these songs live many times since. “Hard Leaving” and “Just Pleasing You” are stone solid, but every song belongs. “Guess I Never Knew You” is a triumph, and “Deeper Love” is fascinating. Throughout, Cory and Ade harmonize incredibly, generously. Dan Knobler’s production serves the set so well, sparse and small one moment, blooming the next. The songs go from light to huge, from honest regret to shocking optimism. Since I was asked to learn and play these songs I spent a lot more time with this album than just the occasional spin, but I believe it’s great. It’s bold in its reservation, and warmly makes a case for love and parenthood in the face of uncertainty.

I absolutely cranked this when I got it—I’d just added a couple of bookshelf speakers to my stereo and needed to try them out. By the way, if you’re looking, or if your current speakers need repair, you definitely want to go to Rock N’ Roll Land. Ed, the guy they work with, does outstanding work. I met him when I’d found some cool old Pioneer speakers on Craigslist, and the seller, Ed, happened to live on my street. His shop was about the cleanest, most organized shop of any kind I’d ever seen. Really impressive. Needed to share that! Good speaker repair is rare.

But, albums. If you spent a minute with me this last year I probably gushed about The Darkness, how their awesomeness was never fully appreciated, how they’re misunderstood, etc. (Not a soul was converted.) While I haven’t even dug into their whole catalog yet, or Hot Leg, it was very exciting for them to come out with a new album in the midst of my lonely fandom And to have it deliver. It rocks in all the right ways, but then dig what a good song “Why Don’t the Beautiful Cry?” is. I can’t wait to see them in Milwaukee in April! We humans are very lucky to count Justin Hawkins among us.

His first album was a stunner, and while I passed on his second album I still appreciated J.D. chasing his muse down non-traditional trails—while he could have made “More Signs & Additional Signifiers” it seemed like a better long-term move to do whatever he wanted, assuming that’s what he’d done the first time, too. If that resulted in a less even second album, this third one sees the risks and personality paying off. J.D. and crew wield the expanded palette here with fantastic results. Very possibly the coolest sounding album of the year, though I’ve got to spend more time with it.

…Did I buy any other new albums this year? I bought The Wild Reeds’ “The World We Built” after seeing them live, and it’s fine, but didn’t move me like the live show did. I bought Foxygen’s “Hang” when they released it in January, and it was impressive, but I never quite engaged with it. I didn’t buy QOTSA’s “Villains” in spite of adoring 2013’s “…Like Clockwork” and being a fan of Josh Homme in general—after a funny promo clip, the singles didn’t grab me, the interviews didn’t sway me, and hearing the songs live didn’t cast them in a much more favorable light. Maybe it’ll click someday, but if not, I’ll of course forgive them.

Surely I’m missing at least one album here. I should’ve learned from my favorite moments list last year  that I’m bound to kick myself for forgetting something (hel-LO, opening for and meeting William Bell where the Chicago Bulls used to practice). If I’m not right on top of it, I admit I don’t obsess over new releases like I used to. I learned early on, back when I’d read Pitchfork daily, was subscribed to Rolling Stone, etc., that while new music has the unique possibility of capturing a current cultural climate or saying something that hasn’t yet been said, new is hardly synonymous with good, despite the initial favor (Hope! Innovation! Reluctant voice of a generation!) we’re so willing to grant to new music. I’ll always keep a fingernail on the pulse, but I’m more excited about the endless crate digging ahead of me. My list of old albums I discovered and loved this year would’ve been a lot more interesting.

Assuming you know more about modern music than I do, please tell me what music you liked that happened to be released in 2017 and I promise I’ll check it out in hopes of liking it.

Thanks for reading—I’m back to neck-depth in ghostwriting, and convincing myself to use my little free time to do other writing has been tough. I do resolve to do more of it.